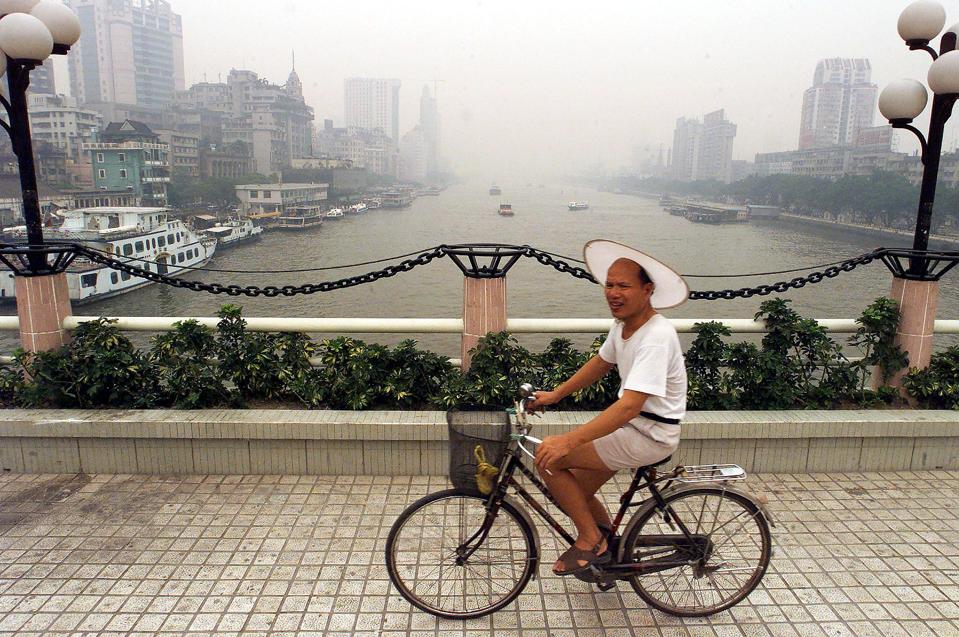 I’ve just returned from a 15-day sales mission to China. Conducted annually by the Orange County Visitors Association, we visited Tianjin, Beijing, Shanghai and Guangzhou and called on our top-producing, outbound tour operators and travel agencies, US and Chinese government commercial officers and key corporate clients. By any measure, China is on a glide path to becoming our top overseas visitor source market. The Chinese economy continues to expand at more than a 6% annualized rate, while travel to the US is growing by double-digits and is projected to exceed five million visitors by 2020. Some three million Chinese visited the US last year.

As rosy as the picture is, the big Wow on this trip was learning how China’s Pearl River Delta region (PRD) is outpacing the rest of the country in terms of economic growth and innovation. Briefly, the PRD is home to nine mainland Chinese cities including Shenzhen and Guangdong (formerly Canton) and to China’s special administrative regions of Hong Kong and Macau along its South China Sea coastline. Not too long ago, the World Bank declared the PRD is the world’s largest megacity, surpassing Tokyo. With more than 108.5 million residents in the 2015 census, its population is about a third the size of the US.

Equally important to note is that the Pearl River Delta is one of the world’s most successful economies. Its GDP, at more than $1.2 trillion, is bigger than that of Indonesia. It has been growing at an average rate of 12% a year for the past decade. As a global trading partner, the region is outranked only by the US and Germany. For China, the PRD is critical. Though accounting for less than 1% of the country’s territory and just 5% of its total population, the PRD generates more than 10% of its GDP and a quarter of its exports and has attracted more than a trillion dollars-worth of foreign direct investment.

Here’s some historical background about the PRD

Of the three regional clusters, the PRD has the smallest population, but the highest income per capita and it forms an important link between China and the rest of the commercial world. Because of its geographical location and excellent connectivity with other parts of China, the PRD has always thrived on commerce and trade. In fact, the area was an important stop on the ancient Silk Road as far back as the 13th century. Even so, the area remained mostly rural until the mid-1980s when China designated it the Pearl River Delta Special Economic Zone to attract foreign investors. Soon thereafter, Guangdong province was granted additional powers to make its own decisions in terms of tax, finance, wages, foreign trade, investments and resource allocation. Its location close to Hong Kong was also a major factor in the area’s transformation.

It wasn’t long after being granted its special economic regional designation that thousands of Hong Kong-based manufacturing businesses relocated to the PRD, thereby turning the region into the world’s factory. By the year 2000, the economic base of the PRD had become recognized for heavy industrial manufacturing and the production of high technology equipment. Eventually, the PRD also became one of the world’s largest consumer markets.

Today, the PRD is once again transforming its economic base – from labor-intensive and high-energy consumption manufacturing to high-tech sectors such as telecommunications, biomedicine and new energy industries. As a result, the PRD is rapidly becoming one of the world’s most innovative city clusters. Examples: an intercity rail transport network featuring three circular and eight outbound routes will connect all PRD cities by 2020, creating a “one-hour intercity circle;” and Shenzhen, once a city of migrant laborers, has rapidly morphed from a city of sweatshops to one featuring advanced manufacturing, robotics and genomics. It is now home to Huawei and Tencent and global tech giant Apple is building an R&D center there.

Orchestrating transformation on such a grand and rapid scale requires a form of specialization that is rarely seen in urban development. But, the PRD has evolved into a well-balanced and competitive region. Hong Kong is a hub of international finance and services, Macao has established itself as a global gaming and entertainment center; Shenzhen is focusing on technology; Guangzhou is a global trading hub; while Foshan and Dongguan are prime manufacturing centers.

The PRD’s role in Chinese tourism

So, what does all this have to do with China’s tourism potential and why should anyone care?

For one thing, residents of Shenzhen and Guangzhou rank among China’s highest paid workers, surpassed only by those in Beijing and Shanghai, and are prime consumers of high-end tourism products. And, the future hiring outlook in both cities is strong, signaling a potent local economy. According to Manpower, the two cities are outpacing the rest of the nation in future hiring by 1% – 3%, respectively. The national average is 5%.

For its part, Guangdong province, as a whole, ranks #1 in China’s tourism market with an annual growth rate of more than 20% for the past several years. As a result, Guangdong is home to 332 travel agencies specializing in outbound tourism, the largest concentration of these specialists in China.

Finally, Guangzhou is home to China Southern Airlines, one of China’s “Big Three” national carriers, which operates 2,000 daily flights to 208 destinations, including flights to Los Angeles, Chicago, New York, San Francisco and Anchorage. China Southern ranks as the world’s 4th largest airline in terms of passengers carried and Asia’s largest in fleet size, revenue and passengers. Together with Cathay Pacific, headquartered in nearby Hong Kong, the Pearl River Delta has the hometown airline lift to help grow the region’s outbound, long-haul travel market.

So, whether you’re in the travel industry or an entrepreneur in the high tech, biomedical, telecommunications fields or in one of the new energy businesses, you might want to check out the Pearl River Delta. A wealth of opportunity may be waiting for you.