The U.S. Is In Danger Of Killing Our Tourism Golden Goose 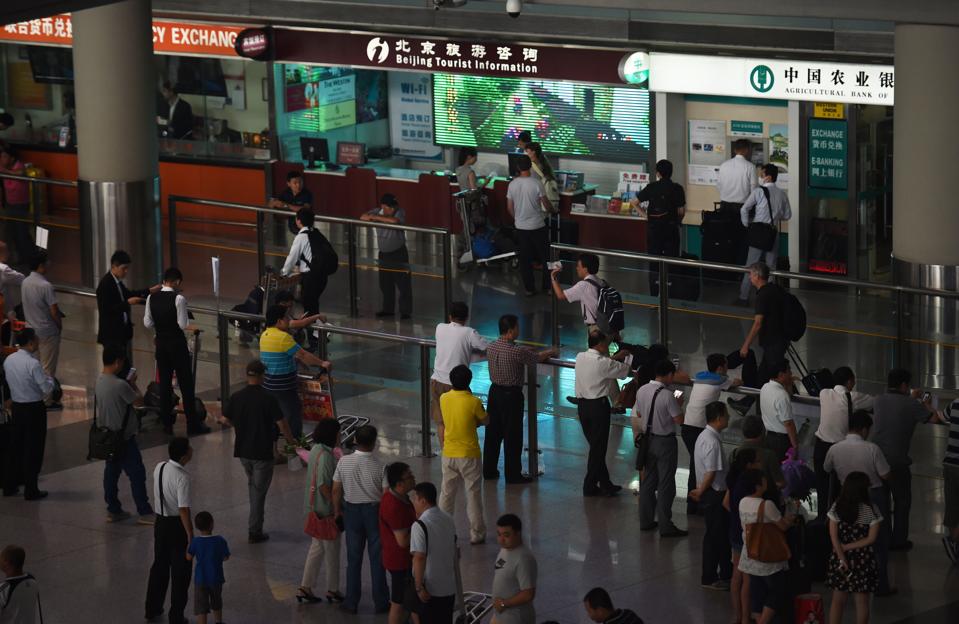 Readers of this blog, or who work in the travel and tourism industry, already know that global tourism today is driven by the outbound Chinese travel market. At more than 130 million strong and rapidly growing, Chinese travelers are the world’s largest visitor group and the biggest spenders (averaging $6,000 per visitor per stay) when traveling abroad. The good news is that the US ranks 6th among all nations as the destination of choice among our Chinese visitors, following nearby Thailand, Japan, Singapore, South Korea and Malaysia. China is forecast to become our #1 visitor source to the US by 2021, leapfrogging both Canada and Mexico.

Based on US Commerce Department data, in 2016, the US travel and tourism industry was responsible for 11% of all US exports and 33% of service exports. With one out of every 18 Americans employed – either directly or indirectly – in tourism-related jobs, the industry currently accounts for 2.7% of the US GDP. International travelers produce a disproportionate share of travel-related spending, totaling $244.7 billion and yielding an $83.9 billion trade surplus for our economy last year.

And no international visitors to the US are as productive as those from China.

China’s nearly three million US visitors last year spent more than any visitor group in this country, outspending our Canadian and Mexican visitors by more than $10 billion and spending more than our British and Japanese visitors COMBINED. The importance of China to our tourism exports is also highlighted by the fact that last year seven out of ten of our tourism source markets saw a decline in spending while spending by our Chinese visitors increased 9%.

California’s “star” international visitors were the Chinese – the 1.3 million Chinese nationals, a significant number of which came here as members of Meetings, Incentives, Conferences & Exhibitions (MICE) groups, a segment of the market that has registered double-digit growth year after year. Bottom line: these visitors spent more than $2.9 billion on their travels in my home state.

So, it stands to reason that we want not only to keep these visitors, especially the Chinese, coming and spending in our state, but to encourage and facilitate others to visit for years to come.

However, I am concerned that we risk losing out on this enormous travel market because we are making it too difficult for people to obtain a US entrance visa. Earlier this year, in an effort to enhance safety and security in our country, the US State Department issued an executive memo that further heightened its vetting procedures of foreign nationals. It goes without saying that the safety and security of our citizens is paramount; but this goal should be balanced with our equally important goal of having a robust economy that’s a dynamo of job creation.

On my recent sales trip to China, we heard disturbing accounts from our customers about increasing rejection rates of visa applications of Chinese groups by our Consular Offices. This raised red flags because rejection rates for Chinese MICE & Leisure groups had been historically consistently low at under 10%. As a result, the US could successfully compete with other long-haul destinations, which have even lower visa application rejection rates. Chinese travel operators, corporations and visitors have been encouraged to consider the US for business and pleasure trips. This confidence was further bolstered a couple of years ago when the US and China signed a 10-year reciprocal visa policy.

Upon further investigation, we learned that the anecdotal accounts we heard were reality, not perception. Here are some highlights of our findings among potential MICE travel groups.

Meanwhile, all travel trade partners we met with in Shanghai and Beijing reported much longer delays in obtaining face-to-face interviews at the Embassy and Consulate Offices – 1 to 1.5 months longer than last year.

MICE travel is a huge and important source of business for California and the US. Recently, here in Orange County, we hosted 7,000 Chinese guests in one group over a seven day period. They spent between $7,000 and $8,000 per person in our community during their visit. We’re now working to attract groups as large as 10,000 participants. If our Chinese partners in the incentive travel business believe it is too difficult and risky to plan a trip to the US for their clients, our national tourism industry will lose out on hundreds of billions of dollars associated with jobs and tax revenues. These travel agents will simply send their clients to other, more welcoming, countries.

I firmly believe that we can successfully promote travel to the US andenhance safety and security simultaneously. Jobs and the economy remain the top issue in the minds of most Americans. Let’s not squander the opportunity to continue to create American jobs by welcoming visitors from China. By improving the visa application process especially for our MICE and leisure travel visitors, the US can become the #1 destination for the world’s #1 travel market: China. As an eternal optimist, I’m confident we can come together around this idea and look forward to talking about it more with Administration officials and members of the California Congressional delegation.